Straight From the Mouth of 'Deadly Dozen' Susan J. McLeod 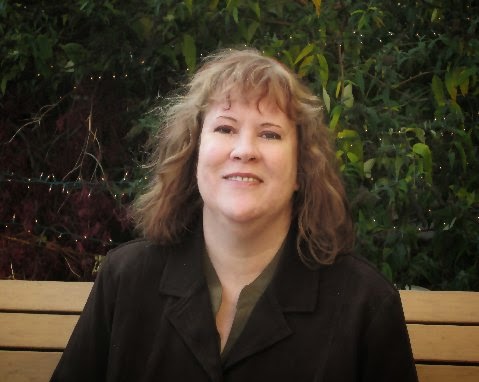 Susan Jane McLeod has been writing since she was seven years old. At age eleven, she won a countywide essay contest, and her professional career was launched. By the time she was nineteen, her poetry had appeared in several magazines, including American Girl and Seventeen.

She also won an honorable mention in The Writer.

Susan grew up in Rochester, New York, with her three sisters and one brother. In her early thirties, she was diagnosed with ovarian cancer and given a 50/50 chance to live. She survived only to have the cancer recur, necessitating more surgery and an aggressive course of chemotherapy. Today she is cancer free.

The best job she's ever had was managing a bookstore, surrounded by her passion: literature.

Susan has published several short stories and two novels. The first, Soul and Shadow, is an award-winning paranormal historical romance. The second, Fire and Shadow, is classified as paranormal suspense. Both have garnered impressive reviews.

Susan believes strongly in several causes and has raised money for the American Cancer Society, Foodlink, and the House of Mercy homeless shelter.

She still resides in Rochester and will always call it home. 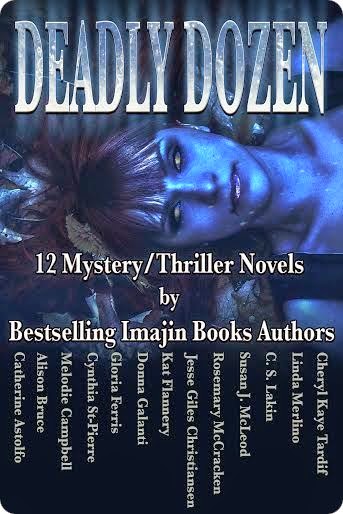 With an individual list price total of more than $45.00 and over 640 reviews collectively on Amazon.com, the DEADLY DOZEN Book Bundle is a value-packed, rollercoaster thrill ride that takes you from amateur sleuth to detective to paranormal to ancient mysteries set in intriguing worlds and so much more.

I was traumatized at the age of six by the story of the Gingerbread Man. I couldn’t deal with the fact that he got eaten by the fox at the end. So I crossed out his tragic fate in the book and changed it to “And the gingerbread man ran away.” Once I discovered that you could create your own reality there was no going back!

It’s true that most authors are cracked—oops, sorry, I read that question the wrong way. Yes, it’s definitely all that it’s cracked up to be! I love it, and the feeling of melting into your story is sublime. When I write, I feel I’m connected to every emotion humans have ever had. It’s the same sort of feeling I get during meditation, but stronger. And then when someone reads you and is moved by your work, and tells you how much they enjoyed it, it’s so fulfilling.

I think most authors would agree that the worst demand is marketing. And having to pay your publisher “protection” money. They do all require that, don’t they?

I self-published the first edition of Soul and Shadow on Lulu. The only difficulty I had, being technologically impaired, was finding someone to do it for me. But it was all roses and sunshine after that. I didn’t have any great expectations and there was no pressure on me. I did have it professionally edited, which is especially essential for an Indie author.
When Imajin bought the work I was very excited. More doors opened up. I got a fantastic new cover and a book trailer and more editing that really made the story better. Imajin is a close-knit company with an extremely savvy owner and wonderful fellow authors. I’m lucky there.

The rules of the game are always changing. What is fine one day may be a criminal offense on another. You have to stay on top of things, because the industry is in a constant state of flux.

It annoys them. They think I can just stop and pick it up again at any point.

They don’t understand the creative flow. And they all want their names in the books as characters. And their pets. Pesky family. (I love you guys!)

What was the craziest or most insane thing that happened to you in the book publishing process?

I don’t like disappointing you, but nothing really insane has happened yet. I’m sure it will one day. Meanwhile I can make something up if you’d like. I’m good at that.

I think Twitter is the most effective. Facebook runs a close second. Those are the only two I use. If I started google-plussing or pinning things, I’d never get away from marketing and my head would explode.

Besides prayer? Advertising. I took a third job to get money for advertising, and it’s well-worth it. Engaging people on social media is important too.

Figuratively speaking, right? Because trying to get on the rooftop would kill me. I’d shout, “Get your copy of DEADLY DOZEN: 12 Mystery/Thriller Novels by Bestselling Imajin Books Authors! 12 amazing authors and 12 nifty novels for such a low price! How can you go wrong?”

Okay, too much sugar for you today!  Here’s a nice cup of Chamomile tea and come on over and sit under the cabana and watch the waves roll in.  Now…can you tell us what you love about being a published author and how all those things above don’t matter because it’s all part of the whole scheme of things and you wouldn’t have it any other way?

You put it so well, what more can I say? I love entertaining people and I wouldn’t have it any other way! So long, and thanks for the tea!