Straight From the Mouth of 'Othello Greene: The Story Begins' Anthony Baltimore 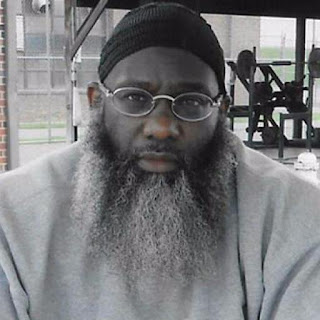 Born on November 17, 1969 in Washington D.C.. Graduated from Mackin Catholic High School and went on to attend Howard University. He became a successful entrepreneur at an early age, but fell victim to the lure of the streets. He quickly became entrenched in the often violent world of drug trafficking and was consumed by its illusions of power and prominence.
In 2009 over 22,000 individuals were convicted of federal drug charges, less than 25 of those were convicted of 21 USC 848 (Kingpin Statute). Mr. Baltimore Sr. was one of them.
He is now serving a mandatory life sentence at USP Lewisburg in central Pennsylvania.
He utilizes his time fervently fighting his case, furthering his education, and fostering his passion for writing. He is also a loving father and devout Muslim.
For More Information

Lt. Othello Greene, the leader of America’s most lethal and efficient elite special ops group is captured, tortured, and mutilated by a ruthless, maniacal terrorist named Genesis and his group, the 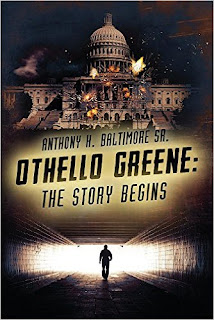 Global Supremacy Federation (G.S.F), who is hell bent on world domination.
Moments before his execution, Othello is rescued by a centuries old Islamic group intent on convincing him to use his unmatched skills and abilities for the good of mankind.In the backdrop, is the story of Othello’s past and the events which led to his life as an elite assassin.The entire world is racing towards the war to end all wars. Will Genesis prevail or will Othello put an end to his reign of terror?

I've always written in some form or fashion. I once owned a nationally published magazine called 8Ball Magazine, in which I used to write. But I always wanted to write a novel, just never had the nerve. So I had an idea about creating a lovable character who ultimately becomes a Muslim superhero. The process in which this takes place clears up huge misconceptions about Islam. Which was my initial motivation for writing.

I believe it's everything it's cracked up to be! I love the respect that you receive when someone sees that you are an author. I have yet to see the financial rewards, but I can definitely see the possibilities.

Having a book out is the greatest motivation to write another one.

I love watching or hearing about a readers emotional reactions to my work. It makes it all worth while. The demands of the marketing side of the publishing business is daunting. I want to let the world know that I'm here, please read my book!!!!

I went through a not so traditional publisher, but a publisher nonetheless, and was blessed to have Jourstarr Quality Publishing read my work. Most people in the publishing industry do not want to deal with writers from prison. Their missing out on a lot of great talent.

What’s the snarkiest thing you can say about the publishing industry.

I think that the editing process is the most stressful. It's time consuming  and demands great patience. But at the end of the day it was worth it.

The people around me where very supportive and actually wanted to see the book came out just as badly as I did. I've been blessed in that aspect.

Being in prison, I'm not privy to social media. This is a great obstacle in the marketing process, as well as, limits my interaction with potential fans of my work.

The brunt of the sales push falls on the shoulders of my publishing company. I give as much input as I can but they actually have to implement whatever plan they deem suitable.

Not being able to read and react to fans or critics comments in real time. I want to get reviews, good or bad, to help me perfect my craft.

At the end of the day, I love to write. I've completed a major life goal. Whether I sell one book or one million, I'm going to continue.
Thank you for your time
Straight From the Author's Mouth at 12:00 AM