Straight from the Mouth of Author Dwaine Rieves

The snark, as the author of Alice in Wonderland painted the nonsensical creature in his epic poem, “The Hunting of the Snark," is a hunter’s joy.  The animal is murderous and cunning, insatiable and coy, a proud beast tromping about the bottomless valley of human imagination.  In the poem, a determined crew journeys to find this supposedly tasty animal, every crewmember eager to discover whether the talk of the delectable meat was true.  The poem closes with a crewmember’s disappearance, the hunter apparently gobbled up by the snark, the human consumption unwittnessed but all evidence indicating that the snark was of the Boojum species, a particularly vicious kind of snark, the kind that stalks the brains of story-writers, which, because you’re reading this, means you.  I, for one, am delighted to have you among our gobbled-up crew.

Lewis Carroll claimed that his epic snark-hunting poem began with intra-cerebral eruptions of the poem’s closing line—“For the snark was a Boojum, you see.”  From this single declaration of a specific and special animal, the journey’s crewmembers and their tragic tale emerged.  The magic within the closing line is, of course, the addictive, sing-song “you see” at the end of the sentence.  What is a Boojum?  And, you see? Who is you?  And a snark, for God’s sake—could it be true?  Alas, Carroll had one line of a poem, a song stuck in his brain—actually an animal within him so dangerous, so questioning, he grabbed a pen to put it down.

To put it down—isn’t that the essence of why any story is written?  In writing our tales, we literally put the vicious but enticing “it” down, the “it” to stink up a page even as we see ourselves within the black mirroring of the “its” animal eyes.  Writing it down as relief, a sharing, a confession, a warning, prayer or celebration—a way of letting that awful snark go. We put the story down to analyze its power, to corner its fury and stroke its distinctive, aubergine fur.

What story-teller hasn’t, when asked why she writes, answered with some version of “because I have to”—a truth that doesn’t mean very much until we realize that what she’s really trying to say, without sounding too outrageous, is that there is a snark lurking within her brain, the animal patrolling her every thought.  It’s a horrendous creature, the snark is, its wildness never to be tamed, and certainly not ignored.  And still, within the basement of a brain capable of directing a pen to page, that beastly snark sings.  What’s a possessed writer to do—but put it down?

*the link is from the Poetry Foundation’s website, which is:
https://www.poetryfoundation.org/poems/43909/the-hunting-of-the-snark 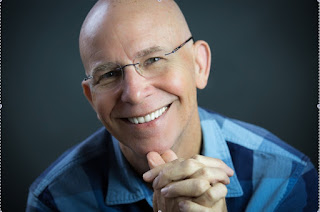 Dwaine Rieves was born and raised in Monroe County, Mississippi.  During a career as a research pharmaceutical scientist and critical care physician, he began writing poetry and creative prose.  His poetry has won the Tupelo Press Prize for Poetry and the River Styx International Poetry Prize.  His writing has appeared in The Washington Post, The Baltimore Sun, Virginia Quarterly Review, The Georgia Review and other publications. 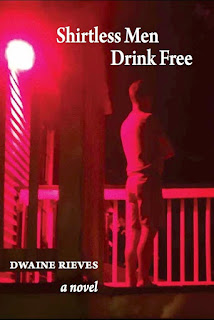 In Shirtless Men Drink Free, Doctor Jane Beekman has seen her dying mother’s soul, a vision above the bed—a soul struggling with a decision, some undone task, something in this world too noble to leave.  The question that lingers—why?—prompts a shift in the doctor’s priorities.  In this election year, Jane must do what her mother, an aspiring social activist, would have done. Soon, Jane is embroiled in the world of Georgia politics, working to make sure her dynamic younger brother-in-law Jackson Beekman is selected the next governor, regardless of what the soul of the candidate’s dead father or that of his living brother—Jane’s husband—might want done.

Indeed, it is a mother’s persistence and a father’s legacy that will ultimately turn one Beekman brother against the other, launching a struggle with moral consequences that may extend far beyond Georgia. Set amidst 2004’s polarizing election fears—immigrants and job take-overs, terrorists in waiting, homosexuals and outsider agendas—Shirtless Men Drink Free makes vivid the human soul’s struggle in a world bedeviled by desire and the fears that leave us all asking—Why?

“This is brilliant and rare work, as attentive to an absorbing plot as it is to a poetic, chiseled cadence."—Paul Lisicky, award-winning author of The Narrow Door: A Memoir of Friendship

“These characters are all too real. Rieves, as Faulkner, McMurtry and Larry Brown, writes people and story that will worm, burrow into you.  Change you even.” —Adam Van Winkle, Founder and Editor, Cowboy Jamboree

“Vividly sensuous, this novel is full of textures, sounds and smells.  Rieves tells a terrific story with the sensitivity of a poet.” —Margaret Meyers, author of Swimming in the Congo

Straight From the Author's Mouth at 5:38 AM