Straight from the Mouth of Political Thriller Author Michael Bowen

THE SELF-IMPORTANT AUTHOR’S GUIDE TO
MANAGING EXPECTATIONS
By Michael Bowen
I thought that Percival’s Question was a brilliant title for a political crime story set in Washington just after the victory of the West in the Cold War.  Percival was the knight who found the Holy Grail – the successful completion of the ultimate quest for King Arthur’s Knights of the Round Table.  Percival had dedicated his life to this quest and now it was complete.  What does he do the next morning?  He’s just written the first line of his obituary, for crying out loud.  Wouldn’t killing a pesky dragon or evicting trolls from underneath a bridge seem a little meh for him now?  In the same way, the Cold War had basically defined my life from the day of my birth in a hospital at Fort Monroe, Virginia, where my dad was stationed after being called up for the Korean War, to those air raid drills in grade school, to the Berlin Wall going up, to the space race, to the last of our soldiers being choppered out of Saigon, to Carter’s failures and Reagan’s successes, all the way through to the Berlin Wall coming down.  So, like Percival, what would we do now that we’d won?
As my story careened toward printing and distribution, however, my editor at St. Martin’s Press, Anne Savarese, called with unpleasant news.  She said that SMP’s salespeople hoped that I could come up with a different title.  It would take too long to explain to bookstore owners, she said, so we needed something, you know, simpler and less cerebral.
I pushed back a tiny bit.  I was really proud of the title and the deep thinking it reflected.  Couldn’t we discuss this a bit.
“We can discuss it all you’d like, Mike,” she said.  “But you’re talent and they’re sales.  Sales versus talent, sales wins.”
Right.  Good to know.
Anne also pulled the short straw on my next story with SMP, Corruptly Procured.  She sent me the cover art on a 2 x 2 Kodachrome slide “for approval.”  (This was the early ’nineties.  No email.  Sort of a time-capsule experience.)  I called her with my assessment.
“I really like the concept,” I said.  “It captures key elements of the plot very well.  But the premise of this story is that a man would commit treason to have a relationship with the femme fatale, and I don’t want to come off as too sexist, but I wouldn’t run a red light to have a relationship with the woman on the cover.”
“Yes,” she said understandingly.  “It looks like the artist had some trouble with the female figure.”
“Okay,” I said.  “Do you think we could ask the artist to try again?”
“I don’t think so,” Anne replied, “because we’ve already paid him.”
I paused, but just for a moment.
“Okay, Anne, I understand.  I’m not Robert Parker and I can’t throw a temper tantrum over this.  But, under the circumstances, why did you send me the cover art ‘for approval’?”
“Oh, Mike,” she said in a tone you might use to soothe a six-year old after telling him that he can’t have a pony, “we were just being polite.”
I did appreciate the politesse.
I carried those valuable lessons forward, and I think they saved me a lot of frustration.  The publishing world that was already emerging and that fully blossomed after 2000 – the world where an author whose books aren’t bestsellers is, strictly speaking, not terribly important if, by “not terribly important” you mean has no importance whatsoever – came as a rude shock to many authors.  Not to me.  I had been thoroughly and gently prepared for it.  I had my expectations properly under control. 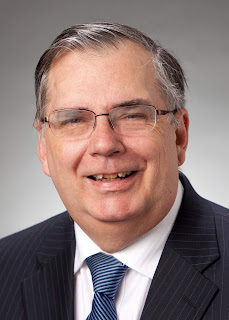 Michael Bowen is the author of twenty-one published novels including nineteen mysteries.  False Flag in Autumn, published in October, 2019 and exploring “October surprises” intended to influence the 2018 and 2020 elections, is his most recent. 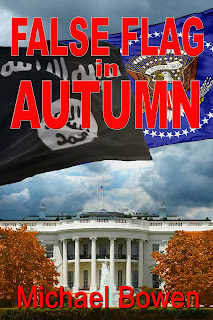 Find out more on Amazon

Josie Kendall is an ambitious political apparatchik whose memoirs will not be titled Nancy Drew Goes to Washington.  Josie has no objection to the truth—but she doesn’t let it push her around.  When a rogue White House aide tries to use her as an unwitting pawn in a plot for a spectacular October surprise before the 2018 mid-term elections, Josie calls on her D.C.-insider husband, her edgy uncle, and colorful denizens of the Louisiana demi-monde to help her out-hustle the hustlers.  But then Josie finds herself facing an even more daunting question:  is there a false-flag attack planned in order to influence the 2020 presidential election?  Josie will be forced to decide whether to venture out of the Beltway cocoon—where the weapons are leaks, winks, nudges, and spin—into a darker world where the weapons are actual weapons.  Josie will end up on the side of the angels even if, Josie begin Josie, the angels play a little dirty.
Straight From the Author's Mouth at 8:01 AM