Straight From the Mouth of 'The Guilty' Vincent Zandri 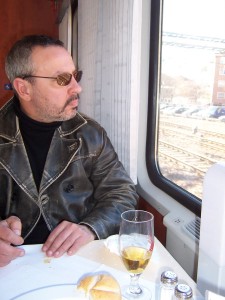 Vincent Zandri is the No. 1 International Bestselling Amazon author of THE INNOCENT, GODCHILD, THE REMAINS, MOONLIGHT FALLS, THE CONCRETE PEARL, MOONLIGHT RISES, SCREAM CATCHER, BLUE MOONLIGHT, MURDER BY MOONLIGHT, MOONLIGHT SONATA, CHASE, and more. He is also the author of the Amazon bestselling digital shorts, PATHOLOGICAL, TRUE STORIES and MOONLIGHT MAFIA. Harlan Coben has described THE INNOCENT (formerly As Catch Can) as "...gritty, fast-paced, lyrical and haunting," while the New York Post called it "Sensational...Masterful...Brilliant!" Zandri's list of publishers include Delacorte, Dell, StoneHouse Ink, StoneGate Ink, and Thomas & Mercer. An MFA in Writing graduate of Vermont College, Zandri's work is translated into many languages including the Dutch, Russian, and Japanese. An adventurer, foreign correspondent, and freelance photo-journalist for Living Ready, RT, Globalspec, as well as several other news agencies and publications, Zandri lives in New York.

His latest book is the thriller, The Guilty. 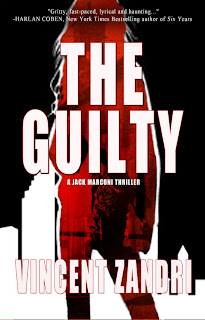 I wanted to be Ernest Hemingway, Martha Gellhorn and Robert Capa all rolled into one.

It’s fun as hell. I get to work when and only when I want. I get to sleep late, party late, and travel a lot. It beats the shit out of a day job.

Writing is a calling and I feel blessed that I’m able to do it for a living. The business end of it sucks because most “executives” sitting in their offices over Times Square are carpet baggers.

I’ve been married and divorced twice. That answer it?

I was in the office of my second editor at Bantam/Dell. I saw a manuscript sitting out on her desk. I recognized the name typed under the title. I said, “I went to writing school with that woman. She hated my guts.” The editor said, “I’ve already rejected the book.” I smiled.

None of them really do a hell of a lot anymore. But if I had to choose one I’d go with Facebook.

There’s the ebb and flow which comes naturally. Basically, you have to keep on writing good books and eventually you gather an audience.

If you don’t mind, I’ll trade in the tea for a cold beer. I love the life, yes, and wouldn’t have it any other way. As an author I always have something to bitch about, but in the end, I get to do what I want on my own terms and I live free. No one tells me what to do. My life rocks.