Straight from the Mouth of David Myles Robinson, Author of 'Words Kill' 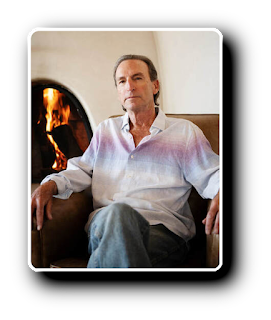 David Myles Robinson has always had a passion for writing. During the late 1960’s and early 1970’s, while in college, Robinson worked as a free-lance writer for several magazines and was a staff writer for a weekly minority newspaper in Pasadena, California, called The Pasadena Eagle. However, as he himself admits, upon graduating from San Francisco State University, he decided against the ‘starving writer’ route and went to law school, at the University of San Francisco School of Law. It was there that he met his wife, Marcia Waldorf. After graduating from law school in 1975, the two moved to Honolulu, Hawaii and began practicing law. Robinson became a trial lawyer, specializing in personal injury and workers’ compensation law. Waldorf eventually became a District Court and ultimately a Circuit Court judge.

Upon retiring in 2010, Robinson completed his first novel, Unplayable Lie, which was published by BluewaterPress LLC, in 2010. He has since published five more novels, three of which are legal thrillers set in Honolulu: Tropical Lies, Tropical Judgments, Tropical Doubts, and Tropical Deception. His other three novels are The Pinochet Plot, Son of Saigon, and Words Kill. Robinson has also published a book of short travel stories, Conga Line on the Amazon.

Robinson and Waldorf divided their time between Honolulu and their second home in Taos, NM for seven years before finally deciding to see what it’s like to be full-time mainlanders again. They now live in Taos, where Robinson can pursue his non-writing passions of golf, ski, and travel. 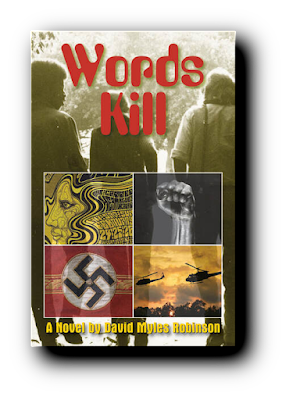 what I want when I want. I feel adrift when I’m not working on something.

If one has a compulsion to write, as I do, then it has to happen. I don’t worry about selling a million books and making money, but that first step of publishing the first novel and waiting for the reviews is scary. Once I began getting the acclimation needed for the confidence to keep writing (without making a complete ass of myself), it’s been a wonderful journey.

I spent a great deal of time creating and sending out query letters to agents for several of my books. It’s frustrating to wait months and months just to determine if an agent is interested, only to start the whole process over again as necessary. The one time I did sign with an agent, it was then another year before she decided she couldn’t sell that particular book to one of the big traditional publishers. It’s a long and frustrating process.

For my first book, I was accepted by a small traditional publisher. I enjoyed that relationship until the agent I later signed with referred me to another publishing house, which is a hybrid publisher. I switched because I was led to believe the marketing would be better. It wasn’t. Unless you’re with a large publishing house and they are dedicated to you, authors are pretty much on their own when it comes to marketing.

For my next novel, I am switching back to my original traditional publisher.

What’s the snarkiest thing you can say about the publishing industry?

The long wait is obnoxious, particularly when some agents don’t like multiple submissions – which means you wait and wait for their decision, and then start over when they say no. It is disheartening to spend so much time putting one’s heart and soul into writing a novel, only to then deal with the time delays and the inevitable “this project isn’t right for us,” rejection. All in all, in most cases I would recommend trying to find a small traditional publisher willing to consider publication without the middleperson agent.

It is just me and my wife of 45 (or so) years. She is a retired judge and is both my go-to expert and my biggest fan. She is most supportive of my writing.

What was the craziest or most insane thing that happened to you in the book publishing process?

I got into it with my hybrid publisher who didn’t want to go live with the eBook versions until one or two months after the initial publication of the paperback. That irritated me in that so many of the people I run into like to read on Kindle, Nook, etc. If I wasn’t the one paying for marketing I wouldn’t mind so much, but it was almost as if I was wasting a lot of money marketing a book which people wouldn’t buy until it was an eBook. That, in turn, required a renewed marketing program (more money).

Much as it galls me to say so, Facebook seems to have been the best of the social networks so far. I’m only now starting to experiment with Instagram and Twitter, but for not much money, a Facebook ad can reach thousands of people.

Slowly. There is an obvious direct correlation between advertising and sales, but there is definitely a point of diminishing return.

Where do I start? There is so much going on in the world and this country that is absurd and scary that pretty much anything I can think to get upset about regarding my writing and publication pales in comparison. There’s only so much time I’m willing to jump and scream on the roof without fear of falling off.

Words Kill is my eighth novel and I love the fact that most people who read my books seem to really like them. In fact, I have bonded with quite a number of people I have met on my travels and on the golf course who now read my novels as they come out. That means that in my own little way, what I have to say is entertaining enough, or important enough (or both), to reach beyond my circle of friends and family.

Straight From the Author's Mouth at 8:39 AM